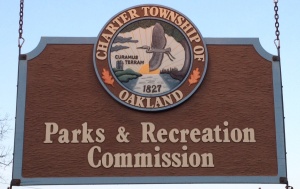 A number of residents have been receiving fliers on their mailboxes recommending voting ‘no’ on the upcoming Parks  millage.  These fliers have no identification on them as to who generated the flier.  However, they have been  included with campaign fliers from several Parks and Recreation candidates.

It is a criminal offense under the Michigan Campaign Finance Act (as quoted below) to distribute election material without identifying who paid for it.

Sec. 47.
(1) Except as otherwise provided in this subsection and subject to subsections (3) and (4), a billboard, placard, poster, pamphlet, or other printed matter having reference to an election, a candidate, or a ballot question, shall bear upon it an identification that contains the name and address of the person paying for the matter.

(6) A person who knowingly violates this section is guilty of a misdemeanor punishable by a fine of not more than $1,000.00, or imprisonment for not more than 93 days, or both.

Several current Parks and Recreation Commissioners felt Township citizens should be provided the facts to offset the false statements claimed on the flier.  Here is their fact sheet:

FACT SHEET ON THE PARKS AND RECREATION COMMISSION

Some answers to Frequently Asked Questions (FAQ) on the millage can be seen by clicking:

Why is this important to the citizens of Oakland Township?  Having the facts before voting on the millage issue is critical.  The three current Parks and Recreation Commission members who have responded to the false information in the flier, as well as Parks Commissioner David Mackley, are recent State award winning Parks Commissioners for their “ongoing and tireless commitment to Parks and Recreation Programs and Services in their communities.”  They are all retiring after years of service to our community. Their efforts, and your past support for parks millages, have been responsible for the outstanding Parks System Oakland Township possesses.  In order to continue that legacy, they have endorsed the following candidates for the Parks Commission.

If you like the Parks in Oakland Township, please vote ‘yes’ on the millage renewal, and the true ‘Park Protectors‘ shown above.

NOTE: The campaign information for these candidates was not what was included with the flier mentioned in the first paragraph of this post.