At the September 22, 2015 BOT meeting, Supervisor Gonser made many accusations against our former Township Manager, Warren Brown.  Mr. Brown was not present at the meeting to defend himself, since he had already resigned from the position.

Before making the many accusations against Mr. Brown, Supervisor Gonser stated:

“I wanted to express the disappointment I have in our former Township manager. The second week after he came, he asked the Supervisor if I would turn over all the projects I was working on to him, which I did, and that was the last time I spoke to him, or he spoke to me actually. The last time he . . . for a number of weeks.”

Gonser then proceeded to claim that the lack of progress on the projects he mentioned was due to the fact that we do not have a “strong Supervisor” form of governance in Oakland Township, a position both he and former Trustee Thalmann tried to change MANY times over the past 3 years.

After Trustee Ferriolo made his comments, Supervisor Gonser attempted to defend himself.  He said:

“Trustee Ferriolo was speaking somewhat beyond his knowledge. There WERE communications between the Supervisor and the former Manager regarding a lot of these project.  They did not get done, so I am simply stating the facts.  I stand by that! “

This statement contradicts what he said at the September 22 BOT meeting.

“If the Supervisor cannot admit the error of his ways, fill the chasm, and become more malleable in his approach to his position, he should follow my lead. . . . To offer his resignation would be an act of service for the greater good!”

Here is a transcript of the accusations Gonser made at the September 22 meeting.

Here is a video showing a portion of Gonser’s comments at the September 22 meeting, what Trustee Ferriolo said at the October 13 BOT meeting, and Gonser’s statement trying to defend himself.

Why is this important to the citizens of Oakland Township?  Supervisor Gonser has yet again failed to live up to one of his stated priorities when he ran for office.  He told the League of Women’s voters that one of his top three priorities, if elected, was Integrity and establishing an Ethics Policy for Oakland Township.  His most recent statement is yet another example of what many citizens have come to expect from our Supervisor.

There are many examples that make clear Mr. Gonser’s ‘personal’ ethical standards. The reader can determine if these actions meet their ethical standards. Here are a few (there are more that could be added).  Each item is linked to a previous post that supports the statement:

Do these actions meet your ‘litmus test’ for ethical behavior? 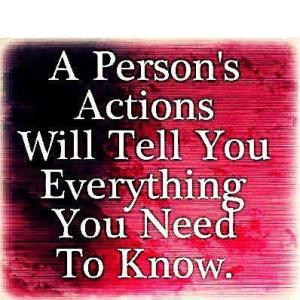